Do you Know the Property Value of Vinyl Siding?

With the improvement of vinyl quality and variety, acceptance is also growing. In the United States, more and more new houses are decorated with vinyl veneers. Vinyl can give shaking eyes a new, clean appearance, hiding everything underneath.

Therefore, for certain types of houses or abandoned or abandoned houses, vinyl siding is obviously positive. The cost of vinyl siding will be lower than the cost of properly repairing existing siding, resulting in an overall increase in property value. 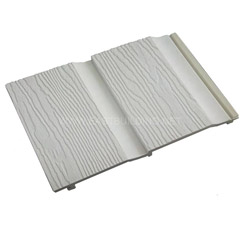 Removing vinyl siding from historic houses, such as Victorian houses or craftsman bungalows from the early 20th century, can often increase the value of the house. Restoring historic American houses to original craftsmanship will undoubtedly increase the aesthetic value of the house. On the other hand, vinyl is not the choice for high-end architects to design houses. Some home shoppers may think that vinyl can mask possible problems, or at least is a low-cost solution.

Despite the dangers of plastic production, the actions of US government agencies have helped address the overall decline in dioxin emissions. According to data from the US Environmental Protection Agency (EPA), man-made dioxins emissions have dropped by more than 90%. At the same time, the production of vinyl in general, and vinyl siding in particular, has increased. There is no data to show that the production or disposal of vinyl siding has led to an increase in the total amount of dioxins.

Vinyl is made of PVC (a plastic resin that contains dangerous chemical chlorine and stabilizers). Although dioxins are strictly controlled by the EPA, in the past it was thought that dioxins were released when many substances were burned, and they were related to various diseases from heart disease to cancer.

Our company also has Vinyl Siding Foam Insulation on sale, welcome to contact us.

Previous: What are the Different Types of Siding?

Next: What are the Factors that Make High-Quality Siding?